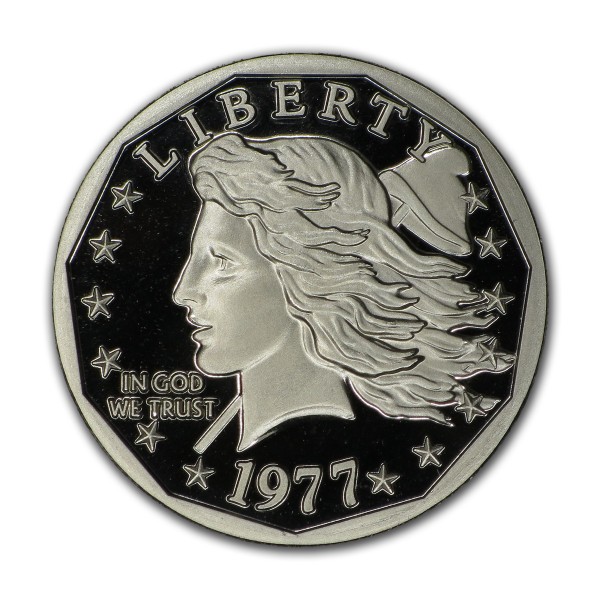 Attentive in exacting detail to the original proposed depiction, this commemorative includes the 11 sided inside border, which was introduced to aid the public in distinction from the US Quarter. The obverse Liberty Head and Phrygian Liberty Cap on Pole hold true to the intended delineation. The reverse features an Eagle in flight, complete with 13 Stars, 10 Rays, and the Grove Minting Coat of Arms. The commemorative is proof-struck in nickel at 25mm wide, weighing 8.6g with a plain edge.

The production of the 1977 Liberty Head Dollar Commemorative is limited to a striking of 750 pieces. 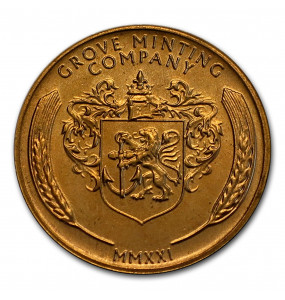 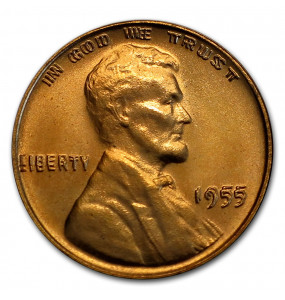 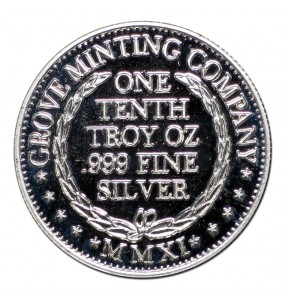 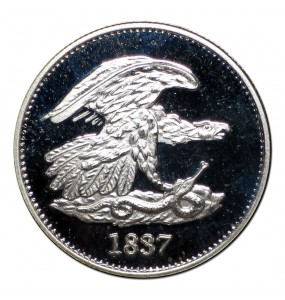 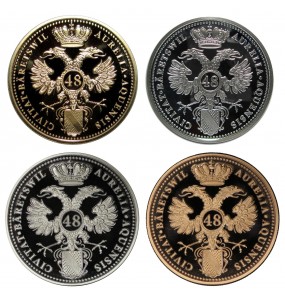 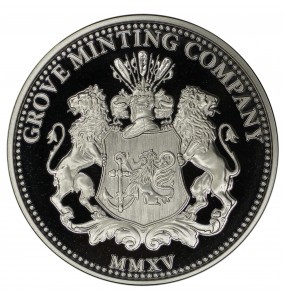 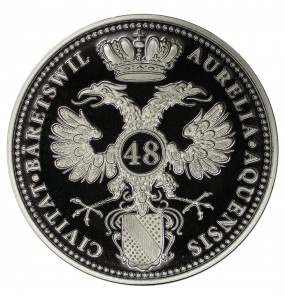 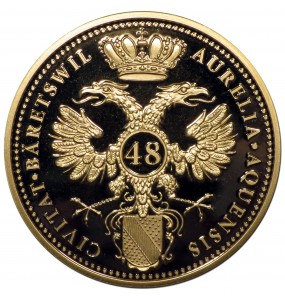 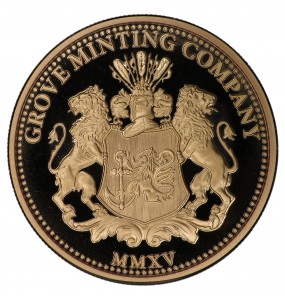 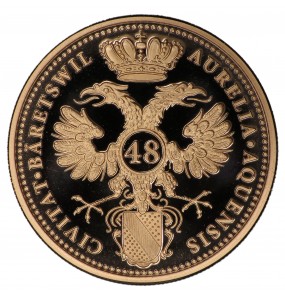 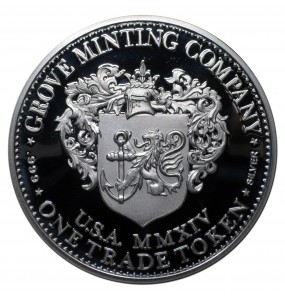 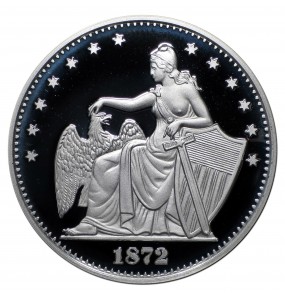 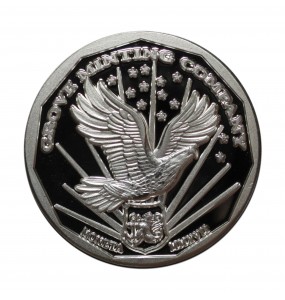 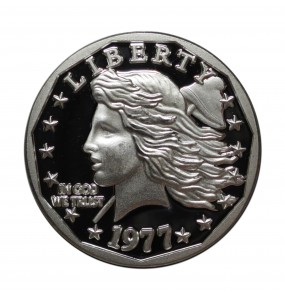 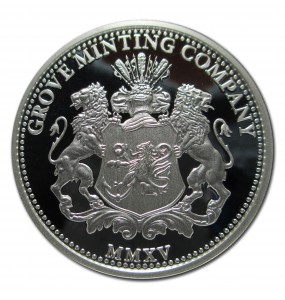 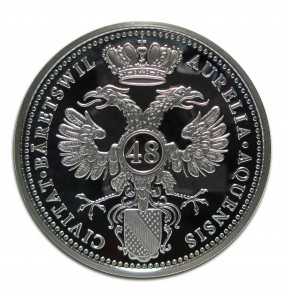 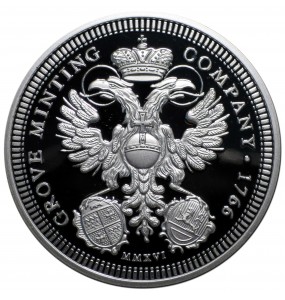 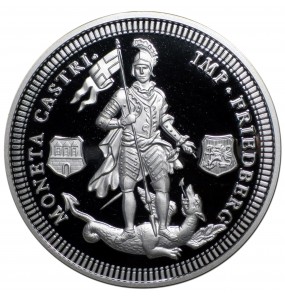 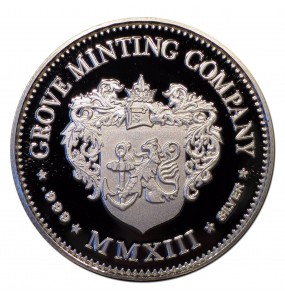 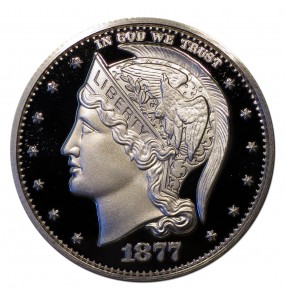 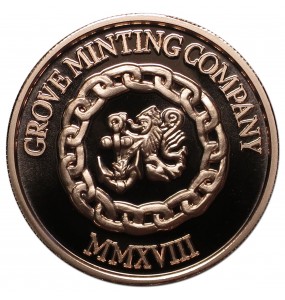 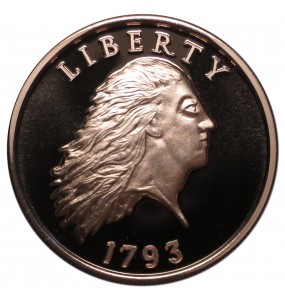 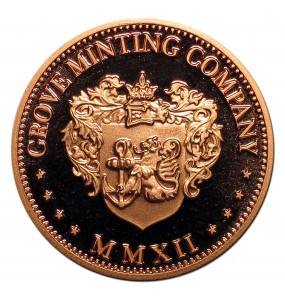 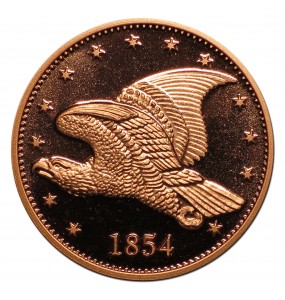 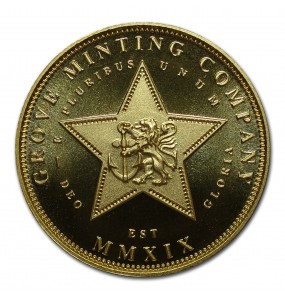 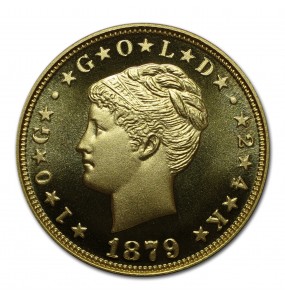 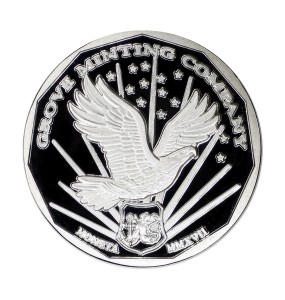 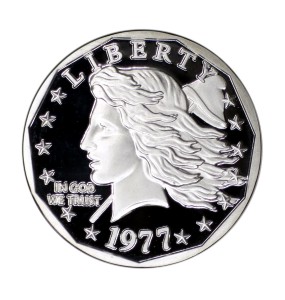